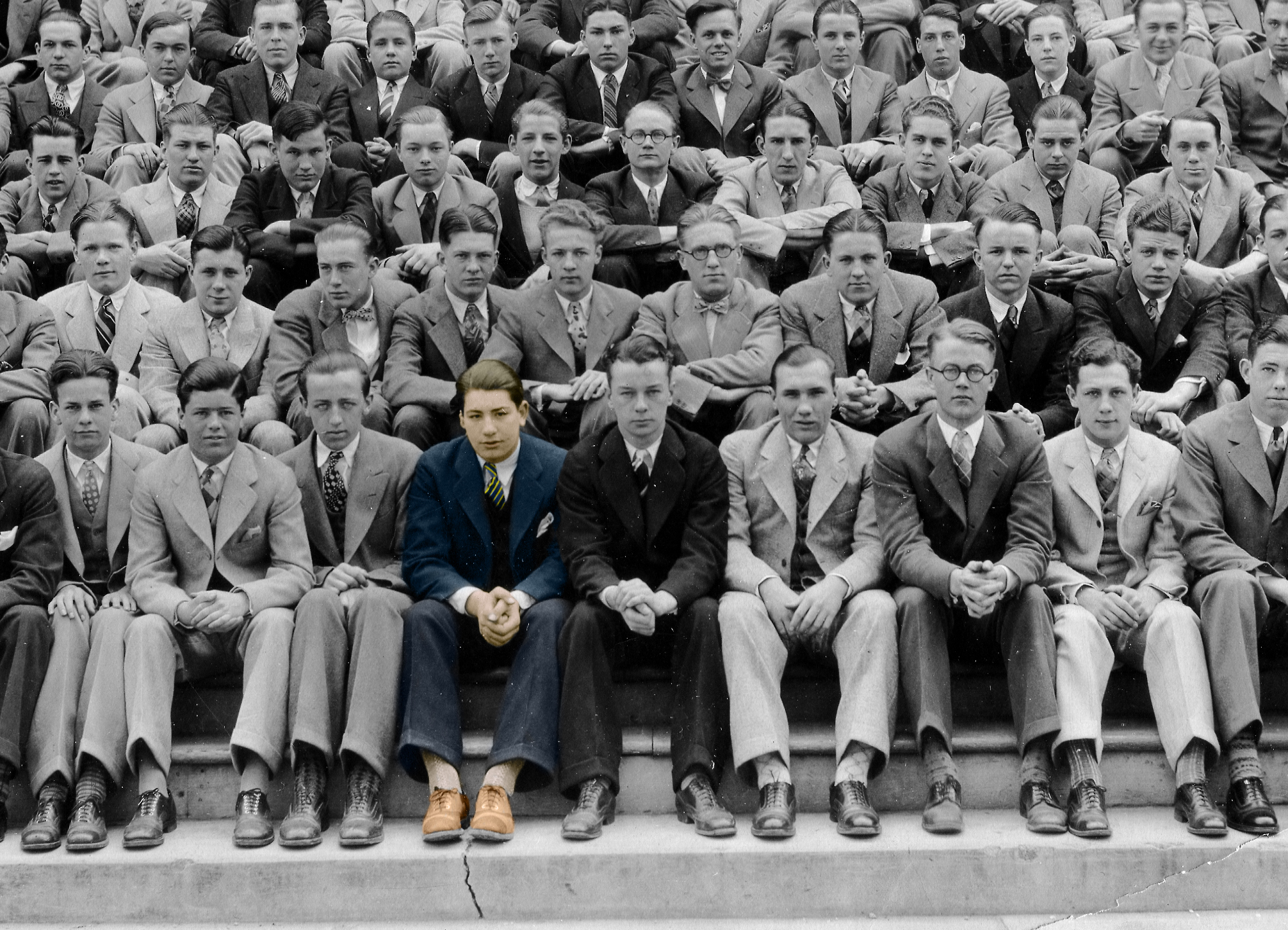 A shy seventh grade boy, with a bit of a stutter and hard of hearing in one ear, arrived on the Peddie campus in 1921.

Over six years at Peddie, he would transform into a confident man, make lifelong friends and enjoy what he called “the happiest days of my life.”

Walter H. Annenberg, known as a student as “Annie,” was voted by his classmates “best businessman” and “done most for Peddie” when he graduated in 1927. That same year, he made his first gift to the school, donating $17,000 for a new cinder track on the athletic field.

“It would be the first, but hardly the last, of many impressive gifts to his alma mater,” said Anne Seltzer, former interim head of school.

In recounting his Peddie experience, Annenberg told of hanging out in the nurse's office on his first days on campus, finding he was most comfortable there. But soon he was well-known on campus by faculty and students alike. “He became good at business and several faculty members admitted later that they took stock tips from Walter Annenberg,” Seltzer said.

Annenberg’s father was a successful businessman who went from a newspaper street vendor to the owner of the Philadelphia Inquirer, New York Daily Mirror, the Daily Racing Form and other magazines. Annenberg, the only son in a family with seven sisters, took over the family’s publishing company after graduating Peddie and the Wharton School at the University of Pennsylvania. He expanded the media empire, publishing Seventeen Magazine and TV Guide, which became the nation’s largest selling weekly magazine.

In 1938, Annenberg married and had two children, Roger and Wallis, before he divorced. He married Lenore Annenberg in a 1951 ceremony performed by Peddie’s headmaster, Carrol Morong.

In 1969, he was appointed ambassador to England by President Richard Nixon.

During his entire adult life, Annenberg remained deeply involved with Peddie, made numerous generous gifts and often visited the campus. In addition to the original Annenberg Library (now Coates-Coleman Alumni House), he funded Masters House in 1967 in honor of all his former teachers and the new Annenberg Library. The last gift he ever made to Peddie supported the Walter and Lenore Annenberg Science Center, dedicated in 2005 and funded with a $7 million gift from the couple. 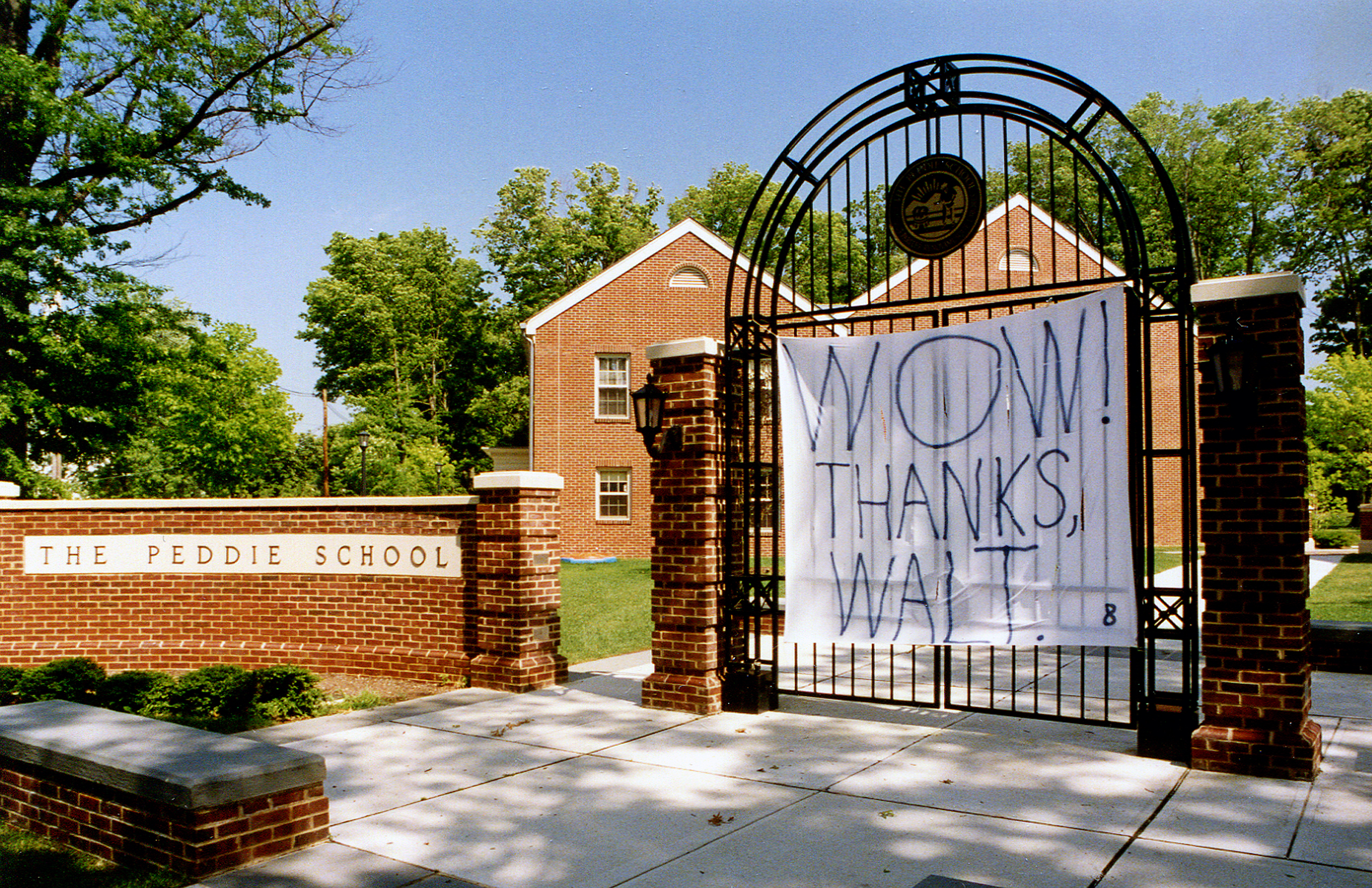 Despite his lifetime of generosity to Peddie, school officials were still stunned when on Father’s Day in 1993, Walter Annenberg gave the transformative $100 million gift to the school. Peddie was one of four educational institutions to receive colossal gifts that day: Harvard University received $25 million for their communications programs.

“It was his memories for everything that he had learned at Peddie that caused him to startle the world with a gift of $100 million to this school he loved, a gift to go to financial aid to make Peddie one of the most accessible private schools in the country,” said Anne Seltzer.

The school’s endowment grew from $17 million to $117 million overnight; Annenberg was the guest at a luncheon with the first students who received Annenberg scholarships, students who quite simply could not have attended Peddie without him. “One senior got up to talk, and started to cry,” Seltzer remembered. “And Walter just went over and put his arm around her, and said, ‘I want to hear your story, and we’ll do it in five or ten minutes, but I want to hear your story.’”