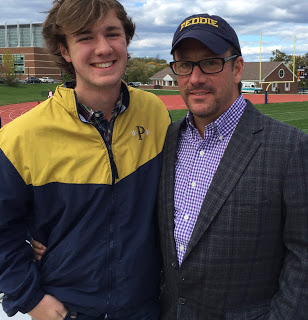 A graduate of Peddie Class of 1987, John Coiro will celebrate his son Michael's graduation from Peddie this weekend and his 30th Class reunion next weekend. He reflects on his son's growth over the past four years and on the benefits of a Peddie education.

Today starts the final week of high school for my son. I have spent much of the last several weeks thinking back on the past four years. - John Coiro, Class of 1987

Michael and I both really enjoyed reading The Catcher in the Rye. I think the allure of a story about a teenage boy attending a boarding school resonated deeply with us for many reasons…the most obvious of which is how Michael will soon graduate from Peddie as I did in 1987.

Michael would always joke that he was Holden Caulfield because he did not like change. During my reflection on the last four years it finally occurred to me that Michael really is Holden. The only difference is that he is now the modern-day version of a more educated Holden because of Peddie: 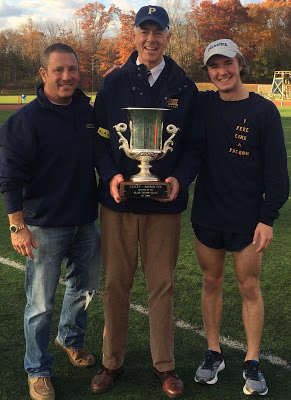 He did not want to change schools

He did want to lose his friends

He did not want to move to a new home

He did not want to lose his childhood

He did not want to lose his innocence

What I can proudly say is:

He conquered his fears

He accomplished his goals

He has friends from around the globe

He did not lose his childhood, instead he gained life skills, and wisdom beyond his years

He has excelled as a musician, student, and citizen

Michael, you no longer have to be The Catcher in the Rye. You are now the leader of the band and off to your next chapter at Columbia. Peddie is proud to welcome you as an alumnus and I could not be more proud to be your Dad.

Peddie, you have done such a great job for over 150 years shaping the lives of young men and women and preparing them for college and beyond. I will be forever grateful for your help in transforming my son from a young man to a well educated young adult.