Horace Brown '51: I didn't know I was making history. I just wanted to go to school. 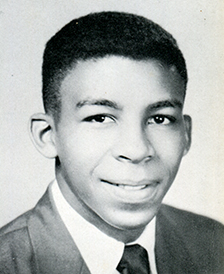 Horace Brown was the first African American student and graduate of Peddie.

In 1948, Headmaster Saunders told Brown’s parents that if Horace could pass the entrance exam, he would admit him as a student. His father was the school’s longtime groundskeeper; his mother worked in Swetland House as a housekeeper to the headmaster.

During a 2009 chapel talk on the same day the United States inaugurated its first African American president, Horace Brown recalled that Hightstown was “separate but unequal” during his childhood, and that the Ku Klux Klan was active in the area. He said Saunders “was ahead of his time" in agreeing to admit him.

“I was 14 years old when I arrived here at Peddie,” Brown said. “This was a time when I could not eat at most restaurants in Hightstown. A time when they had a movie theater that had a restricted section for people of color.”

Brown made his parents, and Saunders, proud with his performance at Peddie.

Brown ranked in the upper portion of his class, and was elected senior class secretary. He also excelled in athletics. On the soccer field, he was captain and goalie of the undefeated 1950 varsity team, shutting out opponents six times and allowing only five goals in the entire season. He even managed to score a goal on a long kick from his own net. Brown was also captain of the 1951 basketball team, which put together a 16-3 season despite starting with poor prospects of a winning season. Brown was inducted into Peddie’s Sports Hall of Fame in 2001.

When he first entered Peddie, Brown said, there were numerous students, teachers, and staff that “hand carried me through this school, until I was comfortable enough to stand on my own.” For the first three years that he attended, he was the only African American student. 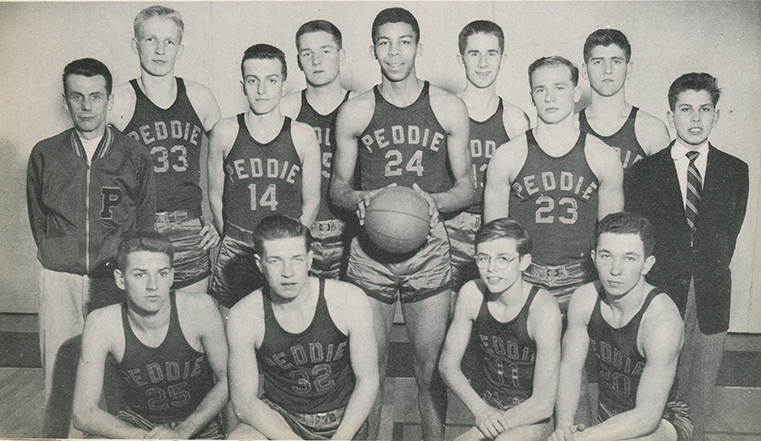 After Peddie, he attended Rutgers for two years before leaving to join the army, eventually completing his degree at Monmouth University. Brown was a registered nurse for over twenty years before changing careers and taking a management position at Xerox.

When Brown returned at the invitation of Head of School John Green in 2009 to give his chapel talk, he called it “a dream come true.” A longtime supporter and adviser to the school, he died six months later at age 76.

“When I came here, I didn’t know I was making history. I just wanted to go to school,” Brown said.

“I love this school. I love America, not because I’ve seen all of the beauty that it has to offer, but because I believe, like my parents, like Dr. Saunders, like Martin Luther King, like Mr. Green, like Barack Obama,  and hopefully, like a lot of you here today, that we can make America beautiful for everyone. What choices will you make? What goals will you set? What will history say about you?”