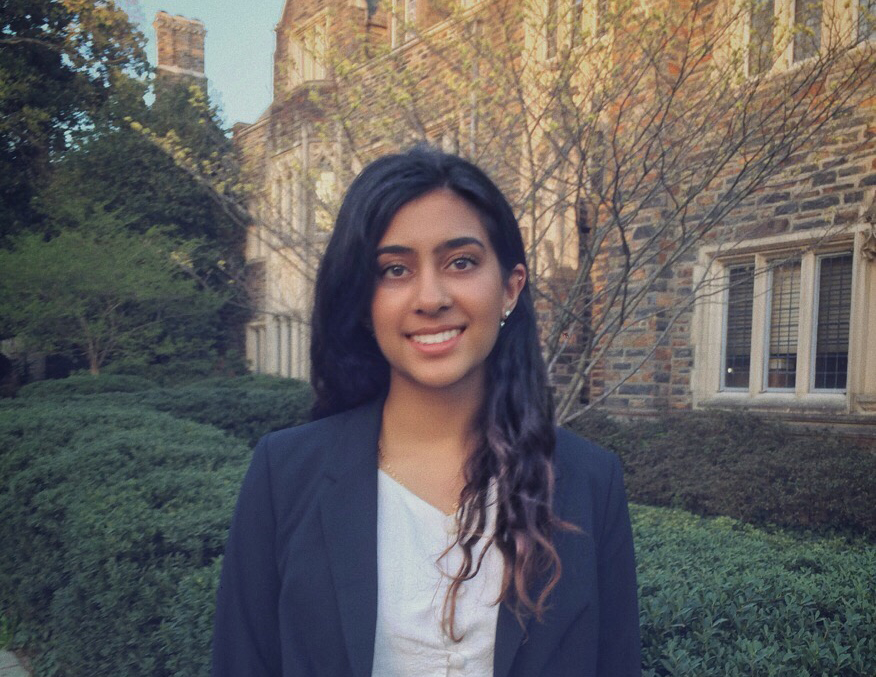 “When I was at Peddie,” Zui Dighe ’15 recalled, “the Comp Sci department was growing. There was only one course at the time, but I took an independent study with Mr. Corica, and that’s how I was first exposed to coding. I created a calculator for Linear Algebra and it was amazing that I was able to do that on my own.”

Zui never forgot the love of innovation and problem-solving she found at Peddie. Now, as a Duke University Grand Challenge Scholar and one of two 2018 winners of a Women in Open Source Award, Zui is solving problems on a global scale.

Last fall, Zui and a partner took third place and a trip to Paris at Go Green in the City, an international competition to find open-source energy access solutions. Competing against 19,000 applicants from over 180 countries, Zui and her partner were the first North American team ever to place in the top three of this competition. “I’d never participated in a huge competition before and, on top of that, an international competition. We were the only students from the US. A lot of other competitors had never been on a plane. It was so great to meet people from all over the world who are also passionate about green energy.”

With this debut success under her belt, Zui has her sights set on a problem with a human cost. When vaccines enter developing nations, they are sometimes lost or destroyed due to a variety of factors. Zui is one of the leaders of a trans-continental team of Duke and Makerere University engineering students in the creation of an open source, low-cost Arduino-based device that tracks vaccines as they enter developing nations and monitors temperature and GPS locations, allowing distributors to identify problems and make sure that these vaccines arrive at their destination unharmed. It is this work that placed Zui in the running for a Women in Open Source award.

“If I win this,” she said, before learning she'd won, “I’ll be able to get extra funding to go back to Uganda and implement our devices. We currently have our first prototype. Our next steps would be to form a startup and brand our device. It would also help me gain access to professional conferences, where I’ll really be able to see what’s out there and connect with other people in the open source space.”

“I think Peddie was really crucial in developing my interest in science,” said Zui. “When I did EXP, I got the experience of living away from home for the first time and I got the experience of working in a professional laboratory. I learned that I was passionate about innovation in the field of medicine, but I also learned that I didn’t want to do research. Think of what it is that you love. Even if you don’t enjoy your time in EXP or working in a research lab, that’s still a valuable experience. Figuring out where you fit in in the sciences is important. Peddie offers those resources. Go out of your way to use them.”