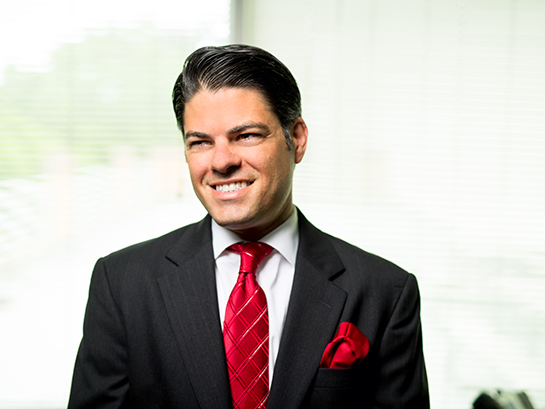 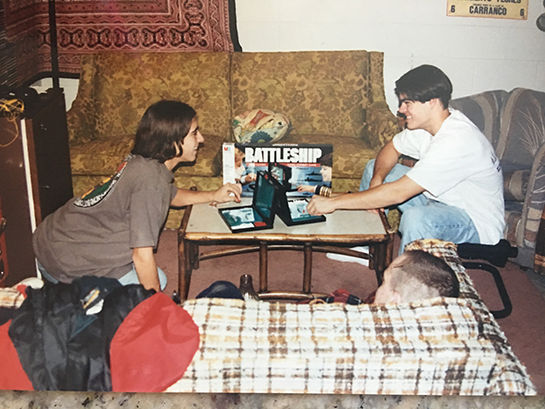 How did you become one of the faces of the Battleship game?

The owner of a modeling agency discovered me at an Atlanta shopping mall when I was about six years old. I convinced my parents to let me continue in the industry after we moved to Boston several years later. One of the first job offers I received was the Battleship box. It went to print about a year later and remained the cover image until I was in college.

Did the subject ever come up in conversation while you were at Peddie?

People found out quickly. My roommate, Nick Klingensmith ’97, and I attempted to recreate the image. (See photo above.)

What is your fondest Peddie memory?

I spoke at a luncheon attended by Walter Annenberg in the fall of 1993. Annenberg’s gift to Peddie transformed my life. I was motivated to work hard to prove to Mr. Annenberg and Peddie that my financial aid award was a good decision by the school. I was proud to be there and tell my story.

Do you have any other claims to fame?

Trying to be a good husband and father to my wife, Rachel, and our 9-year-old daughter, Alexandria.

Ever play Battleship these days?

Alexandria gets a kick out of seeing me on the box. A few months ago, she beat me without me letting her … I couldn’t believe it!