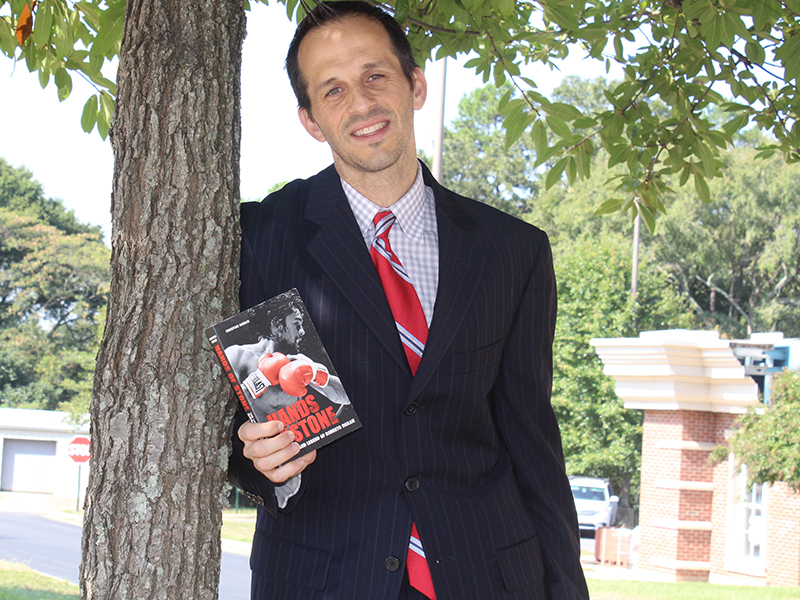 The feeling of Peddie

In Tim O’Brien’s iconic Vietnam War novel, “The Things They Carried,” the author urges the reader not to search for the truth about what actually happened. He wrote, “I want you to feel what I felt.” For O’Brien, the feeling was all that mattered.

I first read that novel around the time I applied to Peddie. Fortunately, I was accepted to Peddie for the 1992-1993 school year, and I enrolled in Ms. Ambrogi’s English class. In her class, you felt her passion. Now, whenever I teach a new class, I try to model her teaching style. She gave us the literature to study and allowed us, the students, to make our own choices regarding the growth of a character, the novel or play's lasting impact, and the author’s motives. More than 20 years later, her lessons still ring true.

As a post-graduate student, I was fortunate enough to be a part of an amazing group of classmates, teachers and coaches who treated me like family. I gained discipline in all areas of my life. Whether I was relying on a father figure in head football coach, John Mackay, or experiencing tough love from Coach Foote, in baseball, there was always someone there for me to lean on.

Later, that same discipline translated to my writing style as I began to travel throughout Latin America to cover boxing. Writing about boxing forces me to see a world through a lens that refracts the fighters and their pasts, their flaws, and their strengths interspersed with moments of joy and fear. Walking up to the ring is part isolation, part adrenaline rush. Walking out of the ring for the last time quickly separates those fighters from the identities that defined them. Sadly enough, for most of them, the punch was all that defined them. For the rest of their lives, they forever search for a way to replace the way the sport made them feel.

Peddie did the same thing for me. From the moment I stepped on campus in the summer of 1992 to the day I left in May 1993, I quickly realized that I would become part of the fabric of a school so special, so rich in history and steeped in tradition that I had no choice but to fall in love with the place. The ride to Peddie was intimidating, leaving was excruciating. However, you never really leave Peddie because it is easy to keep certain moments alive - the first snow glistening off the trees outside the window of Caspersen; a slight breeze in early spring as students congregate in the Quad; the thoughtful speeches that moved me at Friday Chapel.

Being at Peddie allowed me to forge lifelong friendships, and in late-March I had the chance to come back to visit and speak with students involved in creative writing.

Author Tim O’Brien was right when he said, “The thing about remembering is that you don’t forget.” Sometimes I can still see the wild gesticulations of Mr. Tattersall, as he belts out the Ala Viva, and I can still hear the thundering applause as he closes out another riveting performance. For a brief second, I am transported back to Chapel and I absorb it all. So many years later, and I still get that same feeling – the magic of Peddie. That is all that matters.

Author and Peddie alum Christian Giudice’s ’93 biography on legendary boxing champion Roberto Duran, “Hands of Stone,” is now a major motion picture starring Robert DeNiro and Usher. Giudice is also the author of “Beloved Warrior: The Rise and Fall of Alexis Arguello” and “A Fire Burns Within: The Miraculous Journey of Wilfredo Gomez.”