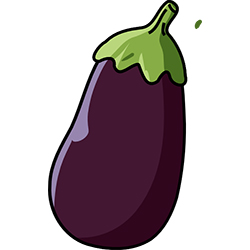 Neha Komatreddy '17 completed a Creative Writing Signature Experience, studying and producing works in poetry, prose and playwriting. Neha also led the Poetry Out Loud club at Peddie, and advanced to New Jersey Region two of the national competition in 2015 and 2016. Her poem, "On Cooking Eggplant Koora" was published in The 2017 Amphion, a student publication for which she was a Literary Editor. Meals taste best when prepared in theory,

chopped with taps of plastic knives

and concocted inside toy pots.

Arguments work best when had in principle,

when pretend chefs do not

disagree on names of key ingredients.

when it doesn't get caught in the Eggplant Stew,

of the violet veggie and its maintenance of the arteries.

when it doesn't fall in the Vankaya Koora,

of the lavender legume and its upkeep of insulin.

strands of the liveliest dead cells

Maybe it can be an Eggplant

a Vankaya Wednesday through Friday,

and on Saturday an Aubergine.