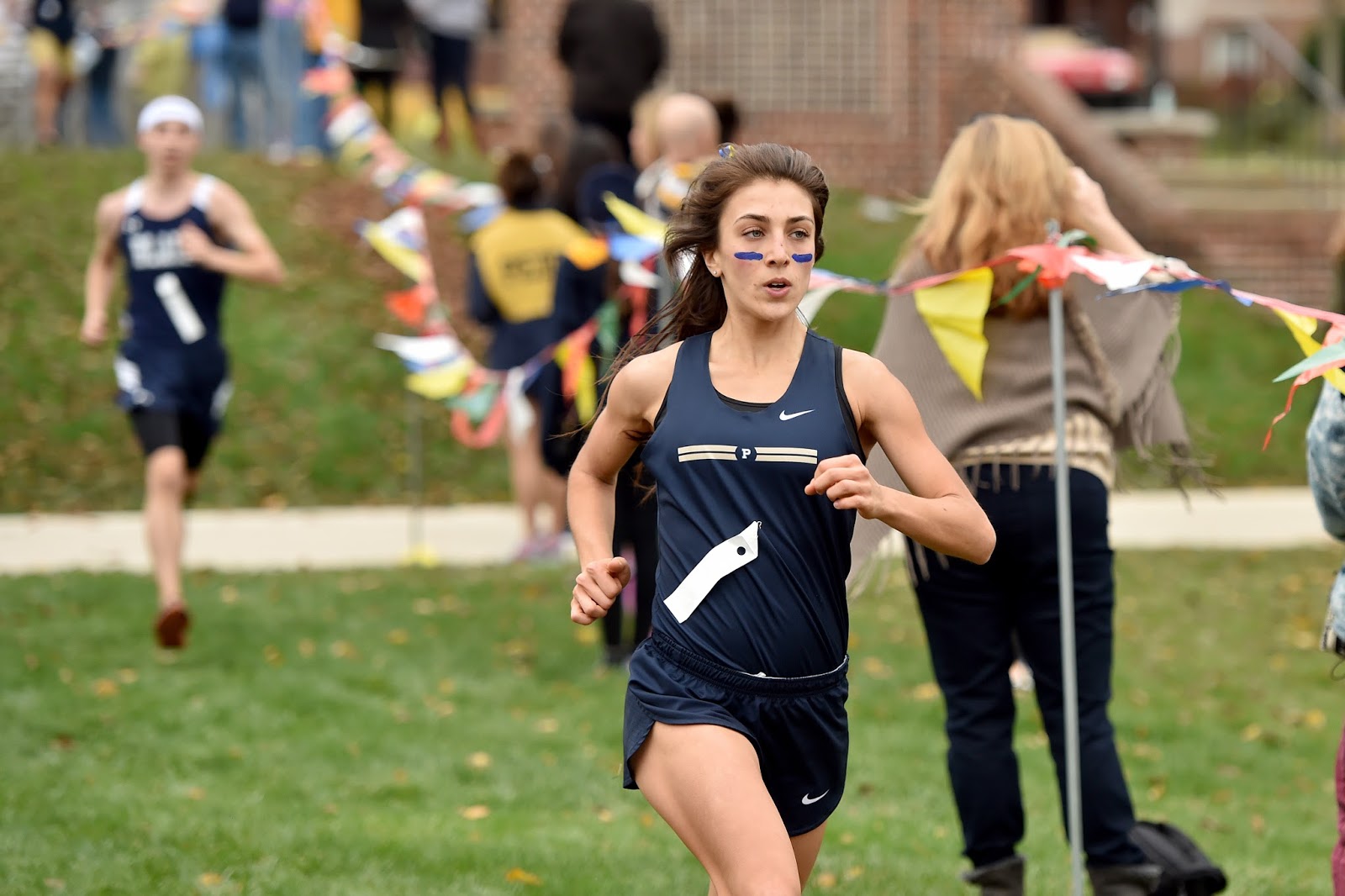 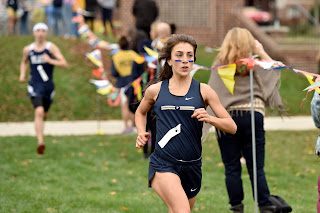 Elizabeth "Scout" Zabinski '16 placed first in the 18-19 year-old age category in the New York City Marathon. Her training began at Peddie over a year ago, she said, and the result was "pure ecstasy." She shared her motivation, her strategy and her emotions with us.

I went into the marathon without any goal time in mind. Instead of attempting to run the race in under four hours, I truly just had my heart set on finishing. This would be my first marathon and my father's last.

I had been running constantly since the spring of 2015 without rest, including cross country and both winter and spring track. However, my official marathon training began in June of 2016. Each week I ran one long run, which began at about 9 or 10 miles. Then, I would run the remaining 5 days and cross train one day. I was not one to take a day off. In August the long runs began to grow. By the end of my summer, my longest run was 12 miles. My mom would often ride her bike along side me to entertain me and keep me company as I ran throughout my beach town.

When I got to NYU, I was on my own with training. I continued to run one long run per week. This took up a lot of my time. I ran two 13 miles runs, then 14, 15, and so on until I finally made it to 20 miles. After my 20 mile run, I began to taper because the race was only two and a half weeks away. The training was, without a doubt, the hardest part. I had no one to push me and make me run faster, so I often ran 10 minute mile splits.

Somehow, the day came and I did something I didn't think possible. I pushed myself the entire race but did not keep track of my time or wear a watch. I just ran. For the last 3 miles I put everything into it and just wanted to finish as fast as possible. It was the best day of my life. The crowd gave me more adrenaline than I could ever put into words. In Brooklyn, people gave me candies and fruit and the volunteers supplied us with sugary gatorade at every mile. I never stopped, not once.

I broke into tears once I finished, from pure ecstasy. It was an unimaginable accomplishment for me and I had exceeded any expectations I could have dreamt of for myself. I really love running, not for the competition, but for the joy that it brings when you complete a feat you never think your body is capable of.

I truly can not comprehend how I won my age group. I am blessed to have trained with Mr. Bright and Mr. Gartner who taught me grit and determination. Remembering their words and lessons, I reminded myself the entire race not to slow down but to just deal with the pain and exhaustion when it comes. I knew that at that moment I would have the spectators and my endurance to help me finish.