Chapel Talk: Choose your costume well - always be a Falcon 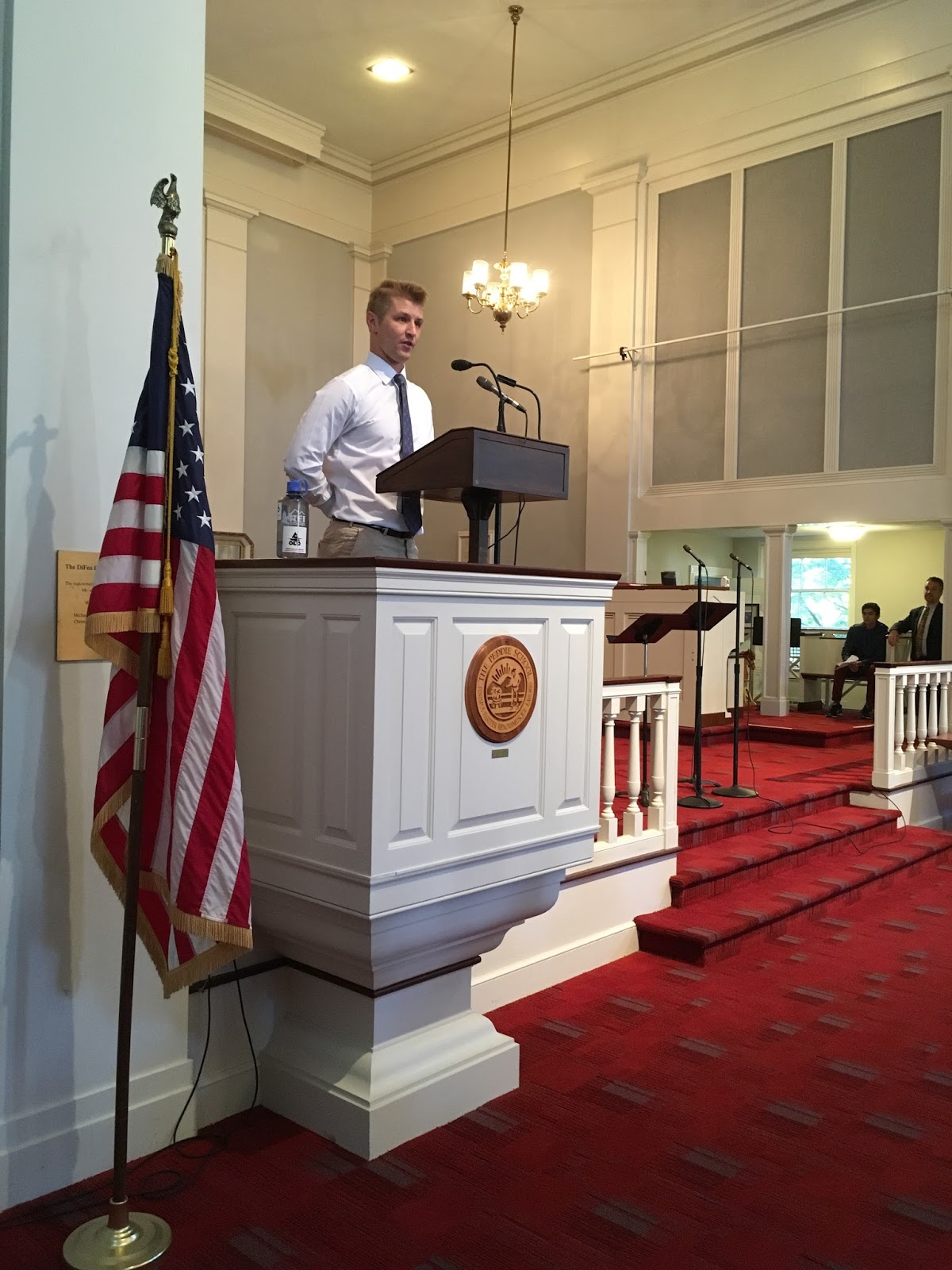 Mike Cummins ’04 has devoted his professional life to supporting children in underserved communities. He returned to Peddie to deliver this Chapel talk and pose three challenges to students.

I want to begin by telling you about a man named Steve Collis. I was blessed to play four years of varsity soccer for Steve.

Steve was about as un-Prep School looking as it gets. He had a personal uniform of sorts — a grey Peddie t-shirt beneath a whistle and plain, cotton gym shorts atop mid-calf white socks and black Reebok low-tops. While occasionally he’d slip a Peddie-issued jacket overtop his t-shirt, he wore those cotton gym shorts in even the coldest of weather.

He spent his days working "in the cage" at the Athletic Center, and at the halftime of home soccer games he’d ride his yellow Falcon golf cart the 50 or so yards from our sideline to what was then the science center, all so he could sneak behind the fence for a cigarette and to relieve himself. Somehow my mom never failed to notice that trip!

It would be easy for a newcomer or an outsider to question Steve’s place as a pillar of our community. They would be wrong to do so.

Like so many of our faculty, Steve poured out love, and wisdom, and humility to the kids in his care. Day in and day out, year after year.

Every Blair Week, Steve would share his love, and wisdom, and humility with us in the form of a "Falcon Talk." After a fall of cajoling and begging and pleading, Steve would finally prepare one of his grand oratories for our team. His "Falcon Talks" often featured his players as birds, took the form of fables, and always left us doubled over in laughter. Nobody could take a dig at his guys quite like Steve.

I wasn’t a party to Steve’s ultimate "Falcon Talk" – it took place four years after I graduated – but I have had the story passed to me second hand from those who were there, and I’d like to share it with you now.

It was November of 2007 and Blair Day was taking place up north, in those barren hinterlands known as Blairstown.

At the final practice on Friday, Steve brought his guys together. Steve’s friend – a longtime Falcon supporter – would be making the trip to Blairstown with the team. Steve told his players that his buddy was dying of cancer and that he was hoping to see one last Falcon victory as he fought the disease.

Steve’s buddy rode up with the squad that Saturday morning and twenty or so boys felt the pressure to produce.

The game close was close and hard fought – an overtime contest that we would squeak out two to one. In the jubilant celebration that followed, the players ran up to Steve shouting, "We did it! We won the game for your friend!"

Steve cracked a sly grin and laughed, "Ha, made it all up. He’s just my buddy from Nottingham Tavern."

In Charles Martin’s words, "Those close to nature, like that fast disappearing breed – the farmer – have always known that winds and storms, droughts and plagues visit us – but also depart."

Thankfully for you – like for me – it is not just the work of farmers that produces such wisdom and perspective, but also the work of teachers, coaches, and advisors. As they know best, “We finish our labors to begin them anew."

Steve is not around for me thank today, but many of my former teachers are. When I think of Peddie, it is these superheroes who come to mind first.

Some wield the superpower of irreverent humor, as Steve Collis did and I’m sure Doc Martin still does – a humor so potent and applicable you couldn’t help but forget about your troubles when in their presence.

Amongst the Peddie faculty, these superpowers have always been as diverse as they are awesome. Think of Harry Holcomb’s generosity of spirit (even brighter than his shirt) or the way you can catch intellectual curiosity simply walking by Mr. Clements.

You are blessed to have such a caring, committed, and talented group of adults to shepherd you through your high school years. But you know this. You also know that you are blessed to be amongst a student body that has been so carefully culled for talent, ambition, empathy, tolerance, and the like. If you are like me, you are already in awe of the Peddie community, and you will remain that way throughout your adult life.

And so…I’d like to close here today with three challenges for your remaining time at Peddie.