Objects in their tangibility bring memories and meanings to life. They tell a story, connect people, capture moments and reflect changes. To fashion a meaningful narrative about Peddie culture through objects is an exercise that requires consideration of hundreds of possibilities. After careful review, the Peddie Chronicle presents its final 16. The objects you see here, varied in size and shape and age, are what make us distinctly Peddie. 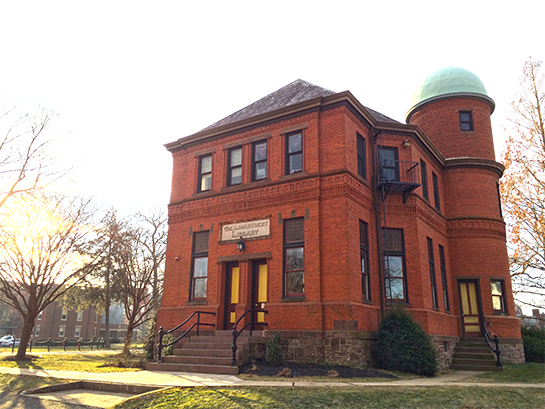 In 1970, a group of 100 students seized control of the canteen in Longstreet to protest what they viewed as unacceptable campus rules. Headmaster Kerr met with students following the sit-in and laid the groundwork for a new student constitution. 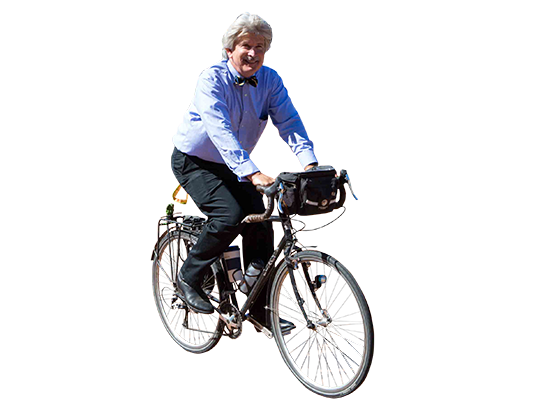 The brainchild of retired faculty member Pat Clements, the sophomore bike trip is a beloved tradition and incredible bonding opportunity that takes students on a 200-mile journey from the Peddie campus to Washington, D.C. 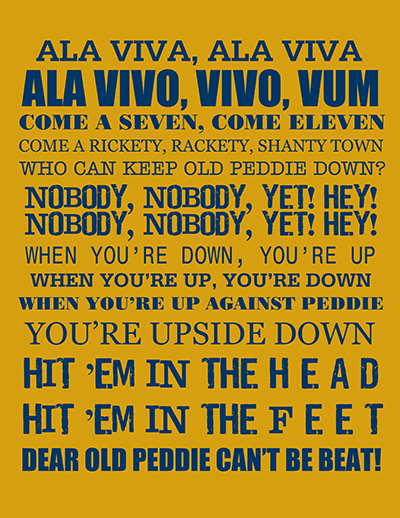 New students practice the chant, committing it to memory even before they master their daily schedules. But what does “Ala Viva” mean? Once you’re a Falcon, it’s your heart. It’s your soul. It means everything. 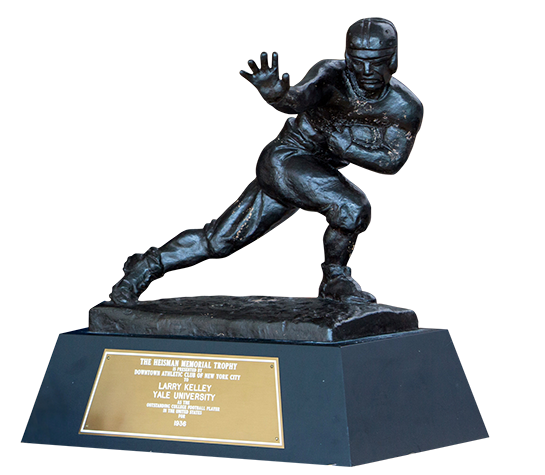 Larry Kelley ’33 made history at Yale University in 1937 when he was the first recipient of the Heisman Trophy. Kelley donated a replica of the Heisman to Peddie in 1993. It remains on display in the Ian H. Graham ’50 Athletic Center. 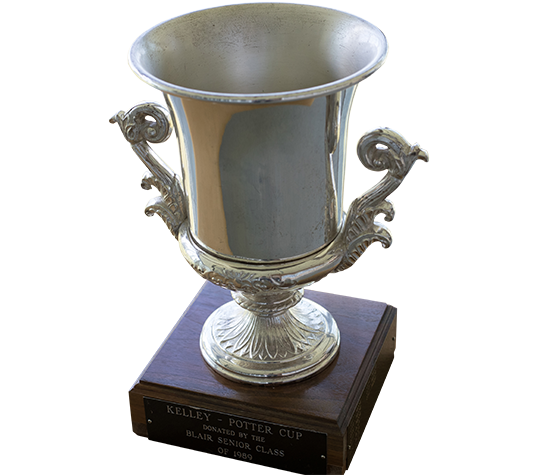 What began in 1903 is now a beloved tradition. Each November, the oldest prep school football rivals in New Jersey face off during Blair Day, a spirited day of athletic competition between the Falcons and the Blair Buccaneers. The decades-long rivalry intensified in 1988 with the introduction of the Kelley-Potter Cup, named for F. Edward Potter, Jr., former headmaster of Peddie, and James R. Kelley, former headmaster of Blair Academy. The cup is awarded to the school that wins the most athletic events on Blair Day. 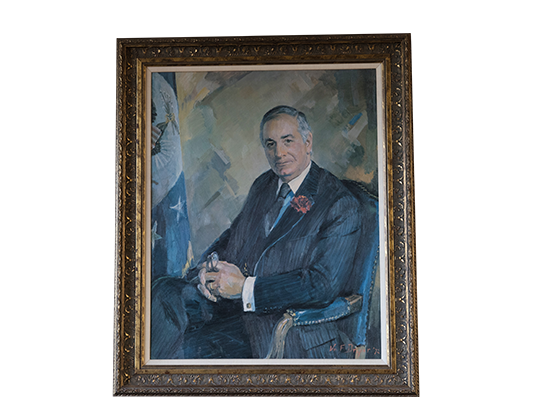 In 1993, Annenberg gave $100 million to Peddie, which provided an endowed fund for financial aid, enabling students from every walk of life to receive a Peddie education. Annenberg’s portrait hangs in the library that also bears his name. 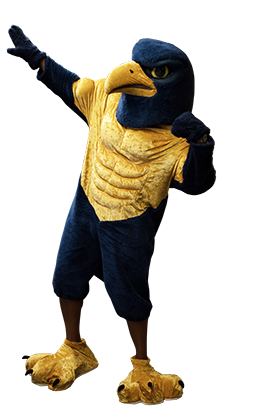 When Head of School John Green arrived on campus in 2001, he saw instantly that the Falcon needed to bulk up. A more muscular suit was ordered at once, and the Falcon has been intimidating opponents ever since. 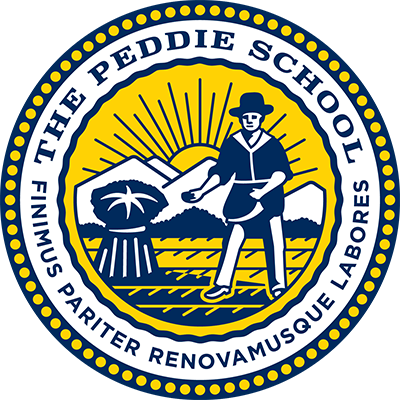 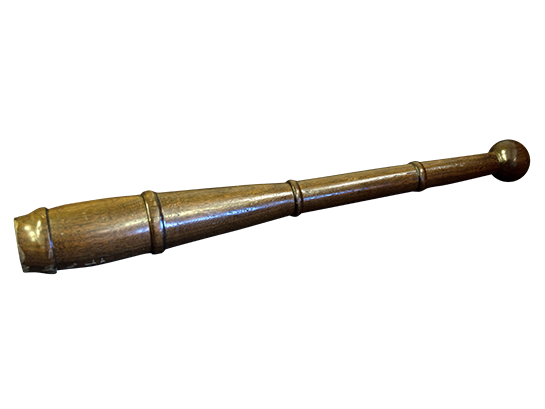 Carried by senior faculty member Doc Martin and Harry Holcombe before him, the mace is used to lead the faculty procession at convocation, commencement and other ceremonial occasions. 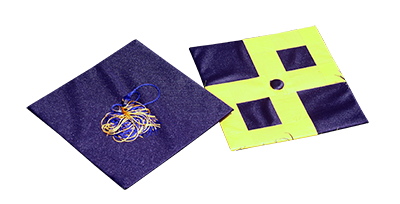 Three decades ago, a small group of faculty members formed the Society of Eight, named after the turnpike exchange that is Peddie’s home. They invited select students to join the inner circle. There’s evidence of the society’s work on campus – homemade cupcakes during a stressful day or motivational posters in dressing rooms on opening night – but it’s unknown who orchestrates these random acts of kindness. Members routinely reveal themselves at graduation with an “8” taped to their cap or gown, and renew the tradition by tapping new members. 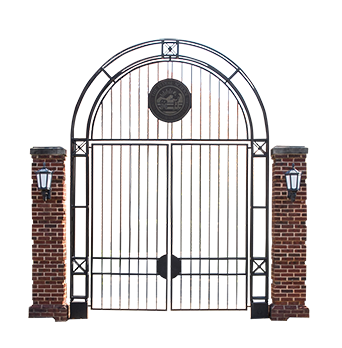 The ceremonial entrance to Peddie was erected in 1992, a 50th-anniversary gift from the Class of 1942. Tradition mandates that students must walk to the right side as they enter or exit the gate, to ensure a successful journey to commencement. 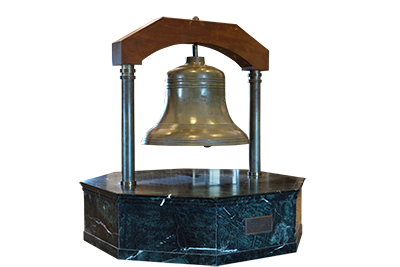 Located in Annenberg Hall, the Bell is a lasting physical memory of Wilson Hall, considered the face of Peddie for more than a century. Students surprised Headmaster Ed Potter by removing the Bell from Wilson Hall in 1978, shortly before the building was razed.

Framing the south side of Center Campus, the majestic Annenberg Hall is a hub of activity. Here students attend classes; gather at a popular meeting spot, Wilson Bell; and find quiet study spaces and places to collaborate in the Annenberg Library. The hall is also home to administrative offices, including the head of school, deans’ and admission offices. In 1925, Peddie dedicated the then-named Memorial Hall in honor of the 502 Peddie boys who fought in World War I. A dedicatory tablet still hangs in the lobby of the building, while the Ayer Memorial Chapel now serves as a memorial to veterans of all wars. 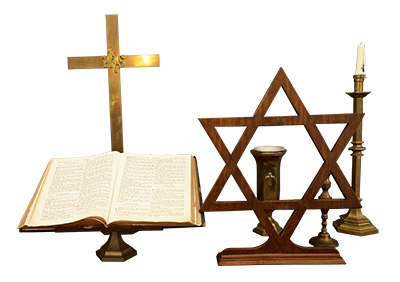 The Ayer Memorial Chapel is a special gathering place for the Peddie community. Here students and faculty share pieces of music and literature, and present Chapel talks. Built when Peddie was a Baptist school, the symbolic focus of the Chapel is much broader than at its 1951 dedication. Representative of our diverse community, the altar is decorated with sacred symbols of varied faiths, including the Christian Cross, the Jewish Star of David, a Hindu Om and a Muslim plaque with the 99 Arabic names for Allah. 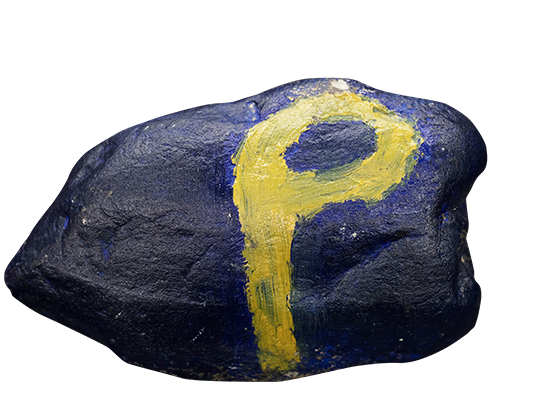 Both a facility for recreation and a source of romance, the Peddie Lake has been a defining characteristic of the campus for more than 150 years. In fact, Peddie’s early nickname was “the school on the millpond.”

Our list is by no means an exhaustive collection. Send us your favorites: editor@peddie.org.